Military personnel are given more flexible tax filing rules in recognition for their service and dedication to our country. These flexible rules include income tax filing deadlines for troops and tax payments. As a member of the U.S. Armed Forces, the IRS allows you extra time to take care of some tax filing matters that aren't afforded to ordinary citizens. 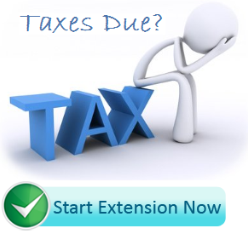 Armed Force Military Service Members who serve in a combat zone are granted additional time to take care of their tax filing matters without worries of incurring late tax filing penalties and interest.

Deadlines for paying taxes and filing tax return refund claims are automatically extended by the IRS for qualifying military members to filing their tax returns and pay any taxes that may be owed.

This no penalties or interest extension applies to any and all taxes due ― whether from income, investments, capital gains, or other sources.

Military personnel are afforded an automatic 60 to 180 day tax filing extension, particularly if they are serving in a combat zone. However, they are required to inform the IRS prior to filing for the extension.

As Armed Force Military Personnel there are several things you should be aware of in regards to filing tax extensions. 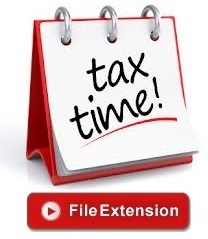 Military members serving overseas during the tax filing season are automatically granted an extra two month tax extension from the tax due deadline.

In this Armed Force tax extension period, there is no paperwork that is required to be filed, no tax payments that are required to be paid, and no tax penalties that will be assessed. "If you find that you are in need more than the two months to file your return, you can file IRS Tax Form 4868 online to get additional time for an income tax extension until October 15".

For current U.S. military service members, or those who have recently served in a combat zone, there are additional options for tax extensions.

Military personnel are allowed additional time for their tax extension that is based on equivalents to the following:

These extension time calculations include tax preparation time you would have had if you weren't serving overseas. Example: if your deployed on March 1, you earn (180 days for the automatic extension, plus the 46 days between March 1 and July 15), for a 226-day tax extension

However, be aware that a military tax extension only applies to time served directly in a combat zone. If you are initially deployed in a non-combat area and then were moved to a combat zone, your additional tax extension time is calculated from the date you arrive in the combat zone. 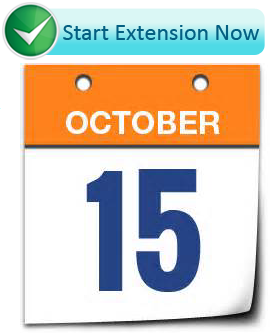 If the IRS takes any action against you that is covered by military provisions, or sends you a notice of examination before learning that you qualify for a military tax extension, contact a military legal assistance office.

Military members will not be charged any penalties or interest (for failure to file a tax return or pay any taxes owed) that are assessed on time you are qualified for during your legal extension period. For more information regarding military personnel, see IRS Publication 3 (Armed Forces’ Guide).

In recognition of their service and dedication to our country, military personnel are offered much more flexible time frames for meeting income tax filing and payment deadlines.

Military personnel, especially those in active combat zones, have several tax advantages available including those that allow soldiers and their families some flexibility for filing and paying taxes during active service especially when deployed overseas. Take advantage of that! 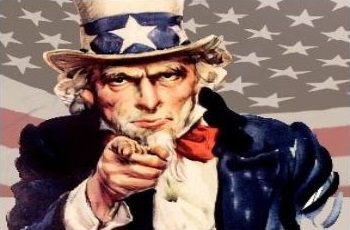